From a lone wolf to an international company

Legendary beginnings: Siegfried F. TANDLER founded the company in 1949. The history of TANDLER is the tale of a lone wolf who founded a company that today enjoys a strong and excellent, international reputation.

1949–1968: Gearing technology and our passion for automobiles

A modest beginning. Siegfried F. TANDLER first did the rounds to look for potential clients … on his bike! The first plot on Doventorsdeich in Bremen was purchased in mid-1951. The employees then embarked on the arduous task of salvaging stones and steel girders from the bombed-out ruins of St. Michael’s Church across the road, giving the company the first roof over its head in 1952.

Gearing technology was the company’s first speciality. We mainly collaborated with Bremen’s automotive industry in the 50s and 60s. Tandler built 2 million differentials for the Lloyd engine factory.

The company’s international breakthrough began in 1968 with the development of its first proprietary product, a spiral bevel gearbox. This was joined in 1974 by the speed modulation gearbox, a revolutionary innovation at the time.

TANDLER then started to grow in the following years: takeover of the gear factory and hardening shop Kutz & Schulze in 1977 and development of larger premises in Bremer Neustadt (first building in 1972; company headquarters on Kornstraße in 1993; merger of the two Bremen factories at one location in 2004).

The new hardening shop in Bremen was built in 1999. Heat treatment became increasingly important in the engineering world, as machines needed to be smaller and lighter, or had to withstand further increases in forces. Hardened machine parts are also more durable. The hardening process needs to be adjusted precisely, as each component is exposed to different stresses.

The company patriarch Siegfried F. TANDLER passed away on 26 December 2000. His son Gert remained as the sole managing partner.

An age of innovation began at TANDLER: the new ServoFoxx gearbox series, which is currently being expanded, was launched in 2001.

The company took part in the Techno Classica in Essen for the first time in 2004, responding to the growing number of enquiries from the field of classic cars and motor racing. What began with a small booth, gradually evolved over the following years into a sophisticated showcase with numerous model parts and fantastic vehicles at our stand. Partnerships with racing teams like Kremer Racing, the Scuderia M66 and Daniel Schrey Racing helped our reputation to spread throughout the scene. We have also enjoyed a longstanding partnership and friendship with Michael Küke, who successfully competes in circuit races and rallies in his classic TANDLER Porsche with its transverse drive. The classic car scene would now be inconceivable without TANDLER. 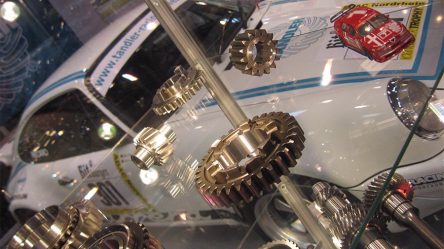 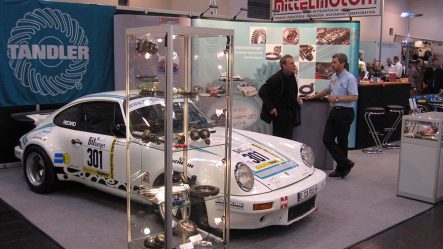 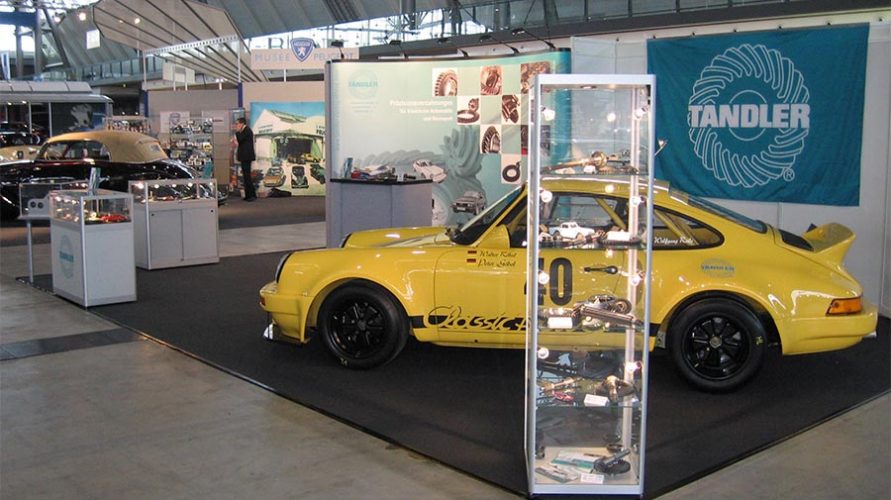 TANDLER Racing Drives customers come from every imaginable walk of life. From DIY mechanics, small garages, professional drivers with impeccable vehicles from bygone eras, to modern racers, restorers and even multinational automakers. We have manufactured gear parts both for almost priceless rare species such as the Ferrari 250 GTO or the Alfa Romeo Alfetta 159, as well as for pre-war cars, tractors and motorbikes. Some of our crown wheel and pinion sets have become top sellers, but more about that on page . And if we are to believe our customers, there is a simple message here: once a TANDLER, always a TANDLER. 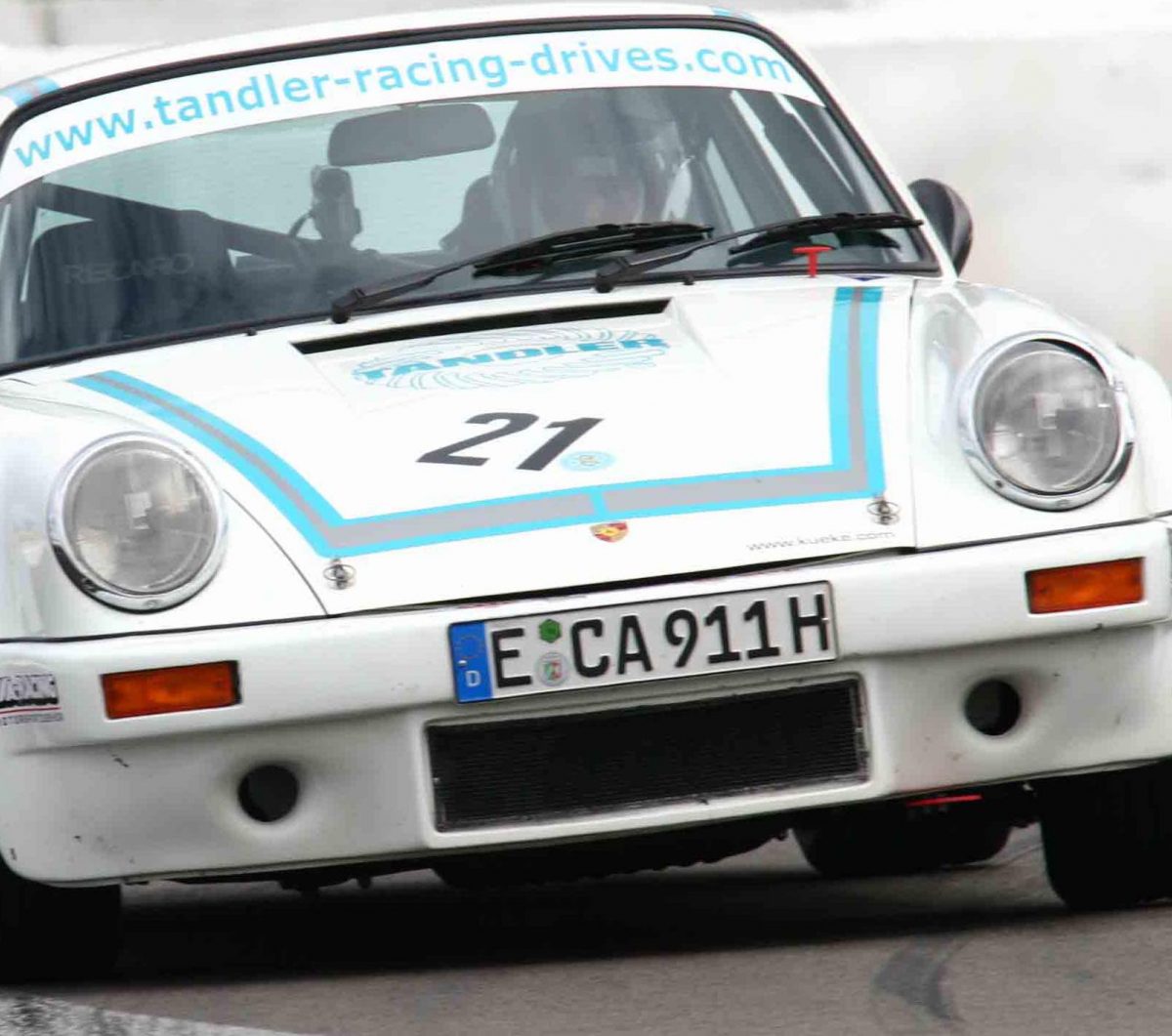